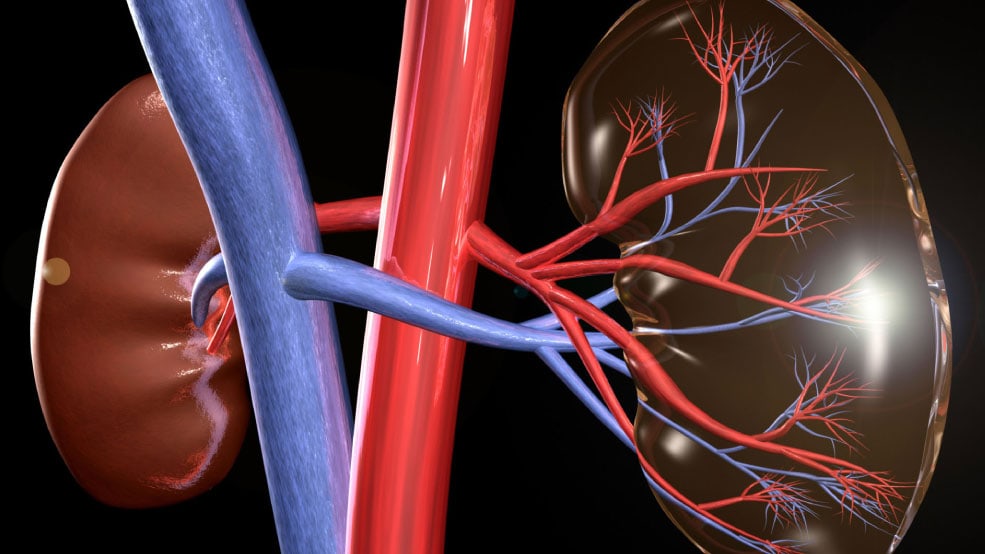 59% of Americans will develop kidney disease in their lifetime

Nearly six out of 10 Americans will develop kidney disease in their lifetime, according to a new analysis published in the American Journal of Kidney Diseases. In comparison, the lifetime risk of diabetes, heart attack and invasive cancer is approximately four in 10.

As a result of this and previous studies, the National Kidney Foundation is calling on health care professionals to screen patients in specific high-risk groups for kidney disease – those age 60 or older and those with high blood pressure or diabetes – by adding a simple urine albumin test for kidney damage to annual physical examinations.

“These new data show clearly that Americans are more likely than not to develop kidney disease, which – in its later stages – is physically devastating and financially overwhelming,” said Dr. Beth Piraino, president of the National Kidney Foundation. “Importantly, if caught early, the progression of kidney disease can be slowed with lifestyle changes and medications.

This underscores the importance of annual screenings, especially within the at-risk population, to potentially prevent kidney disease and ensure every patient with kidney disease receives optimal care.”

African Americans had a greater risk of developing more advanced disease and developing kidney disease earlier. In contrast, the overall risk was highest in women due to their higher life expectancy and the dramatic rise of kidney disease risk with older age.

To read more go to
http://www.nephrologynews.com/articles/109664-new-study-suggests-59-of-americans-will-develop-kidney-disease-in-their-lifetime