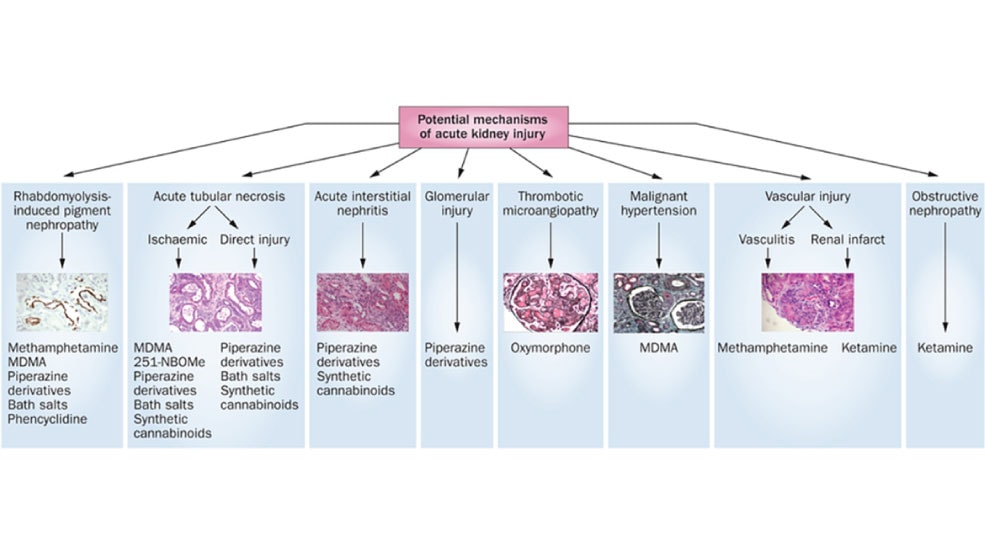 A 26-year-old Caucasian male with no past medical history presented to the emergency department with increasing abdominal pain, vomiting, and polydipsia. Social history revealed recent abuse of synthetic marijuana blend called “cloud nine.” On presentation, his vital signs and physical exam were unremarkable. Pertinent laboratory date is reviewed in the table.

The patient denied any drug allergies, ingestion of nonsteroidal anti-inflammatory drugs, antibiotics, and herbal products. He was treated with a 4-week course of prednisone. Renal function returned to normal on outpatient follow-up (see Table).

Synthetic cannabinoids are a class of new designer drugs that have grown in popularity since appearing in the United States in 2009. Introduced as “spice” in Europe in 2005, these drugs were developed to investigate cannabinoid receptor pharmacology.1,2 Often advertised as herbal mixtures, they are distributed under numerous names and packaging.1

Although similar to Δ-9 tetrahydrocannabinol (THC) in their psychoactive effects, synthetic marijuana is more likely to be associated with sympathomimetic effects and hallucinations.1
It produces its effects by binding to the same receptor in the brain and peripheral organs as cannabis, but has a longer duration of action and greater potency.3 Because they do not contain cannabis and cannot be detected by routine drug screens, they have been referred to as
“legal highs.”2,3

Prevalence among college-aged students is particularly striking; a recent university study revealed that 8% of students admitted to a history of synthetic marijuana use.2,4 In 2010, the National Poison Data System reported 1,898 exposures to THC homologs with an average age of 22.5.2,5

Recently, case reports have revealed acute renal failure as a potentially lethal side effect of synthetic marijuana.1,2 The exact nature by which these drugs cause renal failure remains poorly understood.1,2 Many of the ingredients found in synthetic marijuana contain heavy metal elements, which may result in kidney injury.2
Other side effects include tachycardia, seizures, altered mentation, dependence, withdrawal, myocardial infarction, stroke, and death.3,6,7